The World Championships was a thrilling event. And it ended with a final group of men’s free skate that was phenomenal. I would be lying if I said I haven’t rewatched the free skates of Nathan Chen and Yuzuru Hanyu over ten times, because they were both so good. After all that, though, neither of them were perfectly pristine in their skates - so it left me wondering how close it would’ve been had they both been perfect. And then it got me wondering how close it would’ve been had Rika Kihira been perfect. And then I wanted to gush about the rest of the competition. So here we go.

After the free skate, Hanyu said to the media that he felt that he wouldn’t have beaten Chen even if he had been perfect. I have very much been of the notion that a perfect Chen, right now, still can’t beat a perfect Hanyu. So which is it?

Prior to the US Championships this year, when Chen was on, the execution quality of his jumps was nowhere near that of Hanyu when he’s on. But Chen has somehow developed some kind of supernatural cushion in his right knee that has allowed him to float down on his quads - the ride-out has become phenomenally smooth and the ease of execution of those jumps has closed the GOE gap between him and Hanyu.

That said, Hanyu still holds GOE advantage on the jumps and spins, which allows him to close the gap on Chen’s technical mark even with Chen’s advantage in base value.

So with that base, let’s rewind the competition and do some hypotheticals. Chen won by 20+ points over Hanyu. But what if they had both been perfect?

For Chen, his 4Lz in the short was held onto, and if you gave him the equivalent lutz that he did in the free skate, where it was probably as good as he could execute it, he nets out ~2 points. In the free, his 4F and his last combo were both squeaked out, flawless versions of those would have netted him ~2-3 points. Adding all of that up, we are looking at a total of about 327-329.

It’s not inconceivable to see perfection from both Chen and Hanyu end in a result that would basically be a tie. It’s that close between the two of them, and it’s a reason why they are both going to push each other to be better and stronger in the seasons to come. 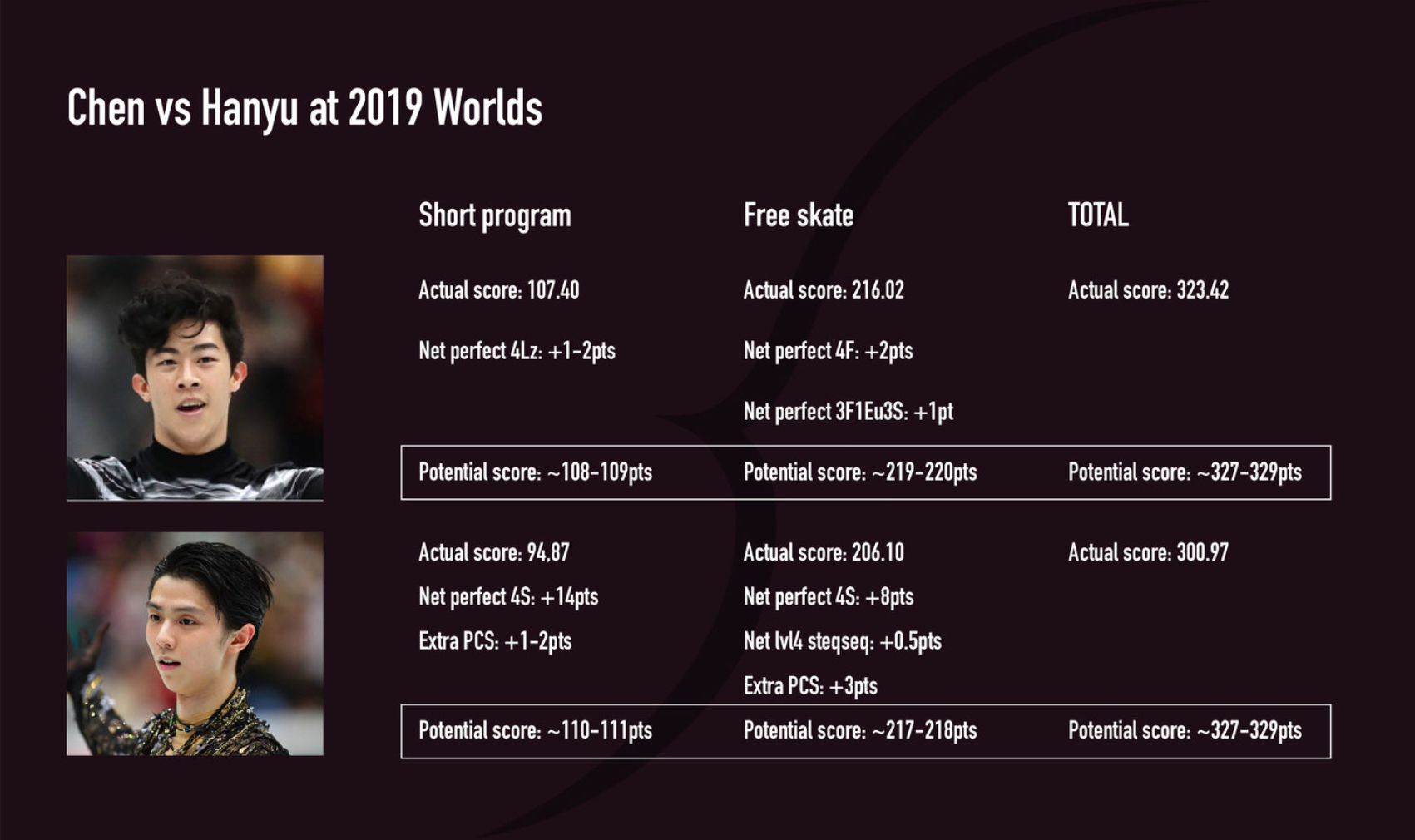 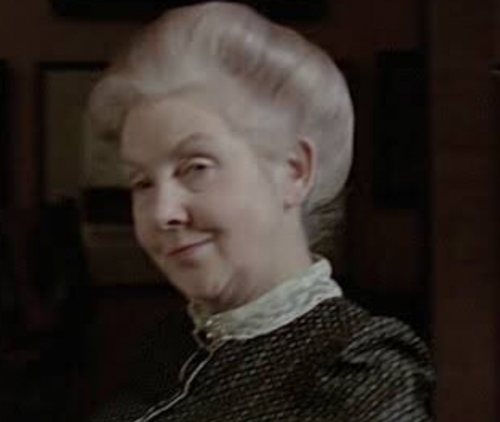 your yellow team to save the world pic.twitter.com/ii8J8abic6